To maintain the charge of the vehicle’s battery, solar battery chargers should be used wherever vehicles are immobile for an extended period of time (1-2 weeks), e.g. in the logistics area of car manufacturers, when transporting the vehicles or at the car dealer.

This results in a significant improvement of quality and avoids complaints due to defective or weak vehicle batteries.

Sulphation, what is this?

When a battery is discharged, even due to the type-related self-discharge, the chemical transformation within the battery creates lead sulphate. If the battery is subsequently recharged, this is transformed into an active acid. If, however, the battery remains discharged for a period of several weeks, the sulphate molecules crystallise and deposit on the surface of the negative plate. They significantly reduce the electrical storage capacity of the plate and decrease the ability to emit the start current. Crystalline sulphates cannot be removed simply by recharging the battery. The battery is permanently damaged, which frequently results in a complaint.

The rate of self-discharge of a starter battery is between 0.15 and 0.5 percent of its nominal capacity per day, depending on the type of battery, i.e. with a 60 Ah battery, approx. 2.5 to 8 mA. Conventional low antimony alloy starter batteries will have, at the latest, fully discharged within a period of 8 months at a uniform ambient temperature of 20° C. Batteries can subsequently neither be repaired nor recharged.

All parked vehicles require power to maintain their readiness for use. The consumers of power are central locking systems (e.g. with radio receivers), alarm systems with area monitoring, clocks, radios with code, navigation systems, telephones and on-board controls. These consumers require an average of 20-30 mA, while high-quality vehicles sometimes require more than 50 mA.

This type of current drain accelerates sulphation considerably, while the lower part of the negative lead plates, in particular, is discharged and is subject to increased sulphation. This frequently results in microfissures to the insulating plates and the generation of additional short circuits. In this condition, the battery is ruined.

In the partially discharged area, the sulphation process commences within only 2-3 weeks. Even if regular charge intervals of 6-8 weeks are observed in respect of stored vehicles, the startability of the vehicle will be restored, while the crystalline sulphate cannot be removed. The battery has been permanently damaged and the sulphation process will progress. 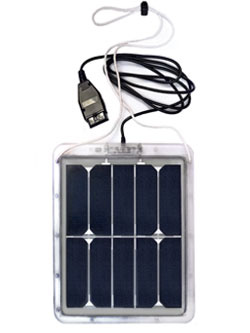 Downloads around our solar battery chargers